The American College of Radiology (ACR) – accredited facility, PET/CT Imaging of Berkeley, is one of the first providers to offer Axumin PET in the San Francisco Bay Area.

Axumin PET scans are suitable for men with suspected recurrent prostate cancer. Axumin is a FDA-approved radiopharmaceutical used in conjunction with a PET scan that can achieve early detection of recurrent prostate cancer after surgery or radiation in patients with PSA levels of less than 10, and sometimes lower. In comparison, standard bone and body scans are unable to determine a cancer’s location until PSA levels are elevated (10 to 30 or higher).

Advances in diagnostic imaging have given medical professionals new tools in developing treatment plans for their patients. Among the advances is the development of 18F-fluciclovine, a radiopharmaceutical better known under the trade name Axumin. This diagnostic agent is indicated for Positron Emission Tomography (PET) scanning in men suspected of recurrent prostate cancer.

Axumin is FDA-approved for PET imaging, but only recently completed trials for treatment planning in men with elevated levels of prostate-specific antigen (PSA). A British-based prospective multi-center study was sponsored by Blue Earth Diagnostics and was known as the Phase 3 FALCON trial. In the study, researchers demonstrated the impact of using the isotope in imaging and how it impacted clinical management choices in men with recurring prostate cancer. Patients recruited for the trial were being considered for aggressive salvage therapies, and after PET imaging with Axumin, changes in management plans were compared. An initial analysis of 85 study participants showed that over 61% (52 men) had their clinical treatment and management plans revised after Axumin imaging results were added to the diagnostic information available to care providers. Of those 52 men, 25% or 13 study participants had their treatments changed from more aggressive salvage therapies to less-intensive watchful waiting. Another 18 had their treatment plans revised to systemic therapy. The FALCON trial was so successful that Blue Earth Diagnostics called for a halt to further patient recruitment. Results of the trial will be published in a peer-reviewed medical journal in the near future.

Prior to the development of Axumin, decision-making was limited by anatomical imaging procedures that did not definitively identify sites where prostate cancer was recurring. Patients with biochemical recurrence of prostate cancer often faced more aggressive treatment therapies than was necessary, including surgical intervention and radiotherapy. Now, care providers have more detailed information to work with, making treatment plans more accurate and potentially less invasive. 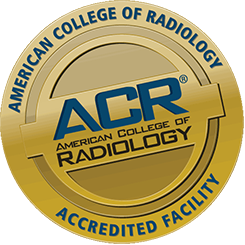